Year 3 and year 4 make up our Junior Class. The class teacher is Miss Riches.

We started off our Topic by thinking about why the Romans left Britain, who the Anglo-Saxons were and why they came to Britain. We have learnt what life was like in Anglo-Saxons villages, and drew our own Anglo-Saxon houses and villages. 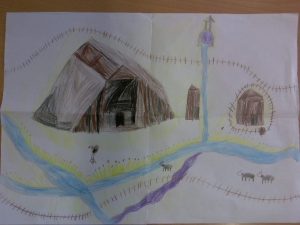 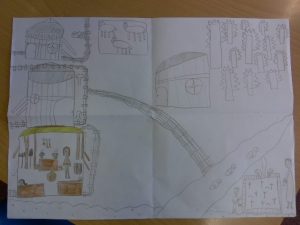 Next, became historical detectives! Miss Riches gave us some pictures of Anglo-Saxon artefacts that were excavated at Sutton Hoo in Suffolk. We tried to guess what the objects were, what they were used for and what they were made from. Some objects were much easier to identify than others!  Finally, we drew our own artistic reconstruction of the ship burial at Sutton Hoo, along with the artefacts. 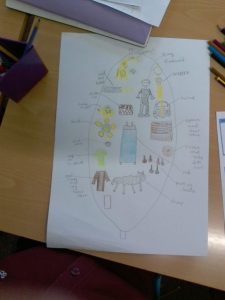 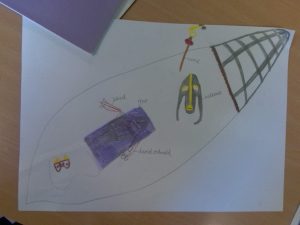 We love using our Anglo-Saxon themed book corner, both as a place to do some partner work, and to relax with a nice book!

In English, we have been learning all about myths and legends. We enjoyed reading different version of The Sword in The Stone and wrote our own adventures for Arthur and Merlin. Now, we are focussing on the Anglo-Saxon story of Beowulf. We have studied the villainous character of Grendel and have decided that he was definitely a terrifying and gruesome monster! After half term, we are going to create our own mythical monster and write our own version of a myth.

In Science, we have been learning about light and shadow. We categorised objects into natural light sources, artificial light sources, and objects that weren’t light sources. We discussed how light travels, and how light is reflected. Some of us were very surprised to learn that the moon isn’t a source of light – it only reflects the light from the sun! 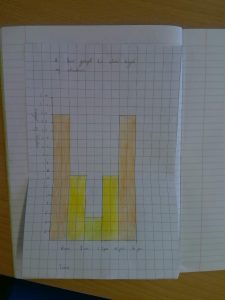 We investigated how well light travels through opaque, translucent and transparent objects, and thought about what materials would make the best curtains. We set up enquiries to investigate some scientific questions:

In Maths, we have spent a lot of time investigating place value in 3 and 4-digit numbers, and are now moving on to working with tricky addition and subtraction problems. We like that we can choose our own resources from our Maths stop to help us with our work, and that we can choose to use different resources from our friends. Sometimes we might choose dienes or numicon, sometimes counters or bead strings, and sometimes even playing cards! 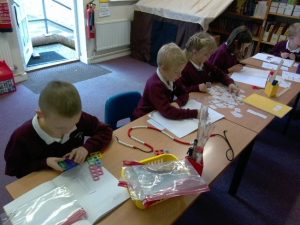 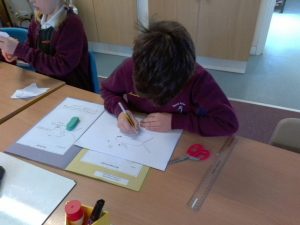 In DT we have made our own movable shadow puppets. We started our unit by researching different types of puppets and their uses around the world. We then analysed some existing shadow puppets to investigate how they are made and how they work. Next we designed our own shadow puppets and thought about what we would need to make them and wrote a flowchart with the steps of the design process.

Next, it was time to make our moveable shadow puppets! 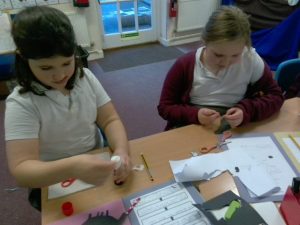 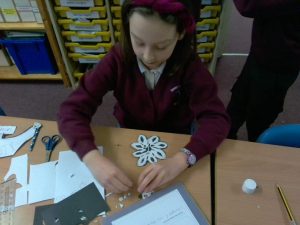 Finally, we evaluated our own and each other’s shadow puppets. 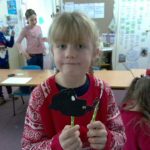 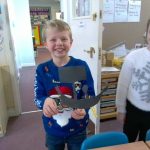 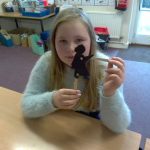 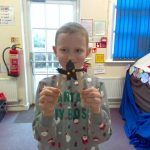 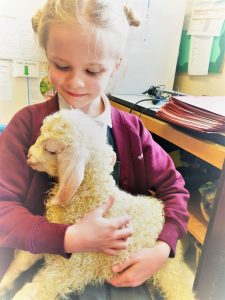 Visit from a goat! 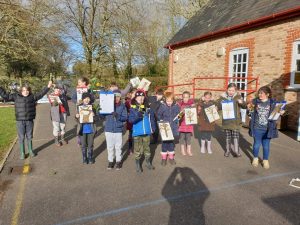 A selection of celebration assembly photographs 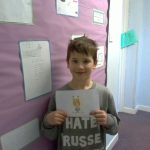 INDEPENDENCE: Making use of resources to help with work 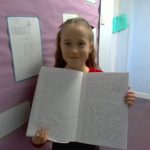 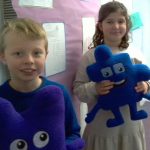